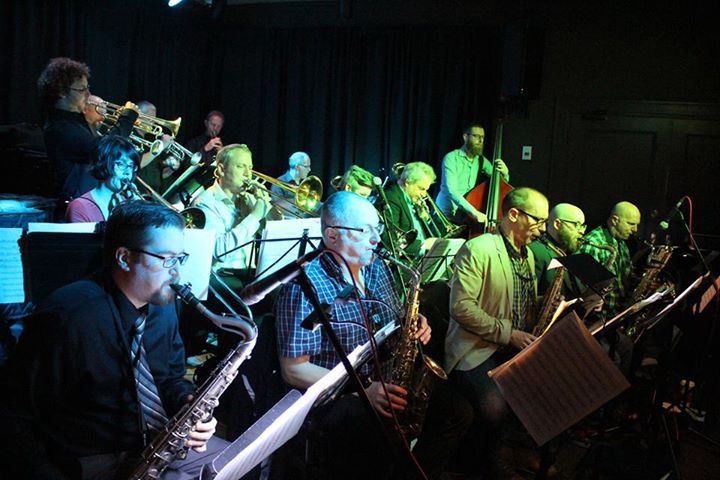 The fabulously hip and swinging Jill Townsend Jazz Orchestra delights audiences as they perform regularly to sold out houses.

Their premiere CD, Tales from the Sea generated international attention, and the Canadian National Jazz Awards nominated JTBB for “Big Band of the Year” both in 2008 and 2006. The band was invited to the prestigious IAJE Conference in New York in 2007 where they performed and premiered a new work by Socan Composer Award recipient Ian McDougall.(more)

​The band was established in 2000 with the purpose of presenting great playing of original Canadian music. Featured soloists include Brad Turner, Bill Coon, Dennis Esson, Steve Kaldestad, Cory Weeds, Dave Robbins and many more. The unique and dynamic sound of the band is also created by the repertoire, featuring sparkling compositions and delectable arrangements by Jill Townsend and Bill Coon.